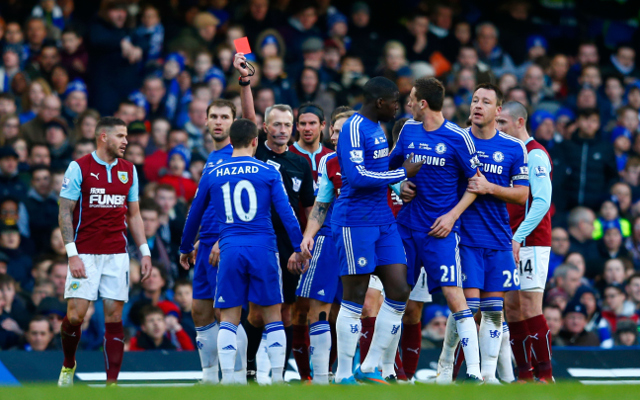 Chelsea boss Jose Mourinho has slammed the FA officials who refused to allow Nemanja Matic to play in the Capital One Cup final against Tottenham Hotspur on Sunday, following the midfielder’s red card for his clash with Burnley’s Ashley Barnes.

According to the Blues boss, English football has lost its credibility over the incident. Mourinho, who was quoted by The Sun, said: “You lose credibility when Matic is suspended and another player can play this weekend.”

Barnes received no punishment for his role in Matic’s dismissal, despite the fact that it was his rash tackle that prompted the Serbian’s wild shove. Mourinho added that such a decision sends out the wrong message.

“All around the world people open their mouths with surprise at how this can be possible. So we must take care of our football. To me, English football means everything good that football has.

“It’s about the feeling and respect and credibility. After Burnley, the headline in the most important newspaper in my country was: ‘We thought this was only possible in Portugal, never in England’.”