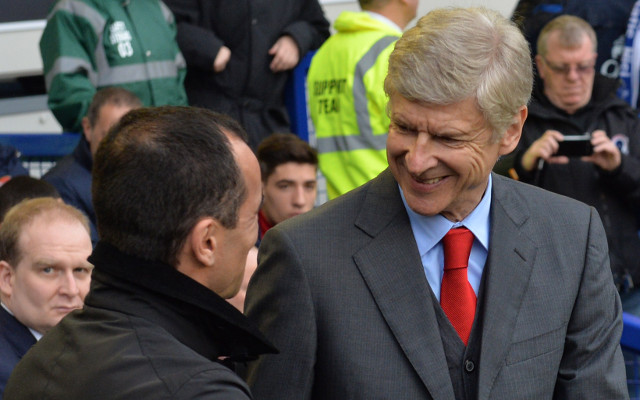 Arsenal look to reclaim their place in the Premier League’s top three.

Arsenal take on Everton in the Premier League hoping to overcome their European hangover in midweek as the Gunners were defeated by Monaco.

It seems as though Arsene Wenger was unhappy with a of his starting eleven from Wednesday night as both Danny Welbeck and Per Mertesacker have been dropped to the bench.

For Roberto Martinez, the Spaniard is still looking for his team to replicate their European form domestically.

Everton had a convincing group stage in the Europa League and remain the only English side in the competition.

TEAM NEWS: Here’s how Everton will line up today: pic.twitter.com/bNrnPu2sPN