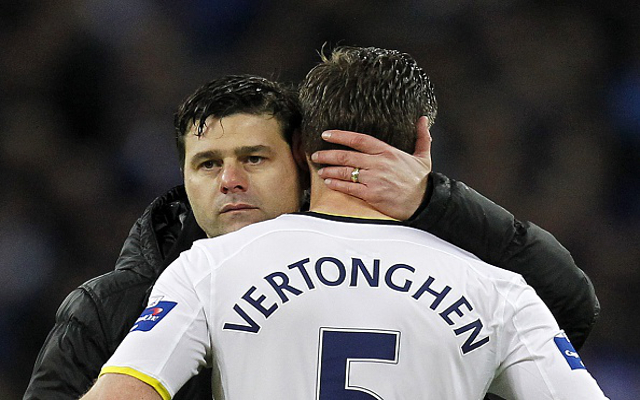 Tottenham manager Mauricio Pochettino alluded to his side’s Europa League exertions as a possible reason for his side’s inability to offer Chelsea much of a contest in Sunday’s Capital One Cup final according to the Daily Mirror.

The Argentine boss, as expected, brought up the fact that his side were in action on Thursday as part of the reason Spurs didn’t manage to make much of a fist of it at Wembley.

“It’s difficult because we prepared for the final after playing on Thursday. It’s not an excuse but that is the reality,” said the Spurs boss..

“Congratulations to Chelsea – but I’m very proud of my players.

“I’m disappointed for the supporters and the players because we had a big, big effort. But this is football and we need to look forward.

“For a lot of our players it was their first final. This is the first step for this group. We showed we have strong character, personality and heart.”

“They have some players that may have played 10 or 12 finals, for most of ours it was the first one. It’s a good thing for the future.”

Pochettino certainly makes some valid points and his side can indeed be proud to have made it to the showpiece final and the White Hart Lane manager will hope that the defeat doesn’t take the wind out of the sails of the club’s ongoing top four push.

“We now need to focus on Wednesday and Saturday. We have two important games against Swansea and QPR.” he added.

A run of just two defeat in their last dozen Premier League fixtures has kept Spurs in the hunt for that elusive top four spot, the north London side currently sitting in seventh spot, six points off fourth but with a game in hand.