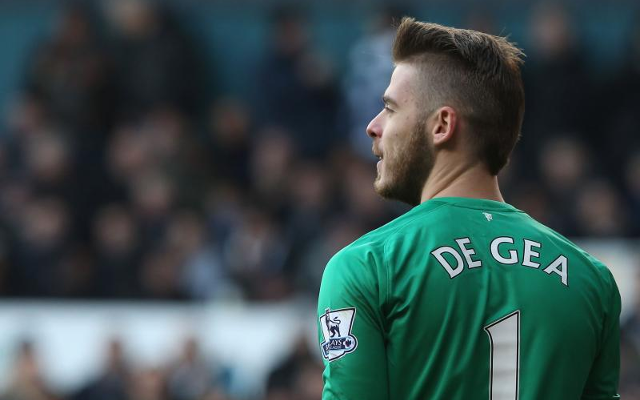 Man United keeper David de Gea will demand a record breaking contract if he is to commit his long term future to the Old Trafford side according to the Daily Star.

The 24 year old, who has arguably been Louis van Gaal’s most consistent performer this term, wants a £140k a week deal which would make the Spanish international the highest paid keeper in world football.

On top of this de Gea’s agent Jorge Mendes will insist that a £35m release clause is written into his client’s contract, with Real Madrid known to be interested in the Man United star.

De Gea initially struggled to impress at Man United, following his £17.8m move from Atletico Madrid in June 2011, but the custodian has matured into one of the best keepers in world football and is clearly keen to be rewarded with a deal that reflects this marked improvement.