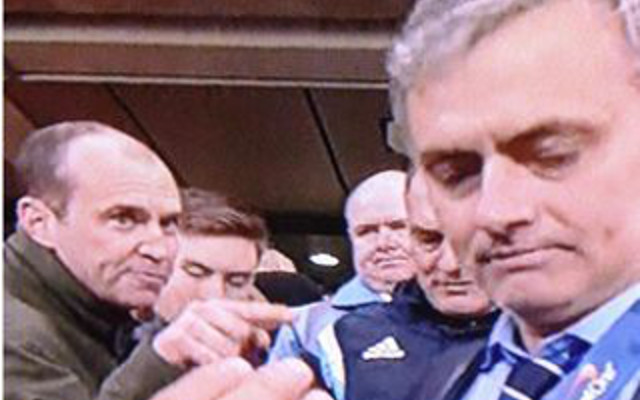 Broadcaster an journalist Johnny Vaughan was caught out by the cameras after Chelsea’s win over Tottenham in the Capital One Cup final on Sunday, reports the Daily Mirror.

The talkSPORT presenter appeared to say “I f****** love you!” to manager Jose Mourinho as the Portuguese walked past. How many pints do you think Johnny had consumed by this point in proceedings?