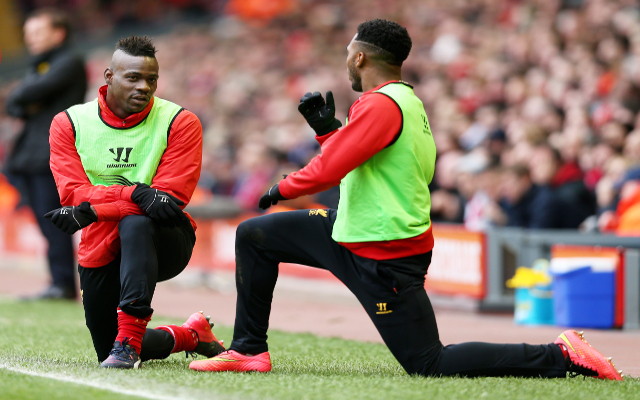 Liverpool forward Mario Balotelli has been linked with a surprise summer move to MLS side Orlando City according to the Daily Express.

The 24 year old moved to Anfield last summer but has proven something of a spectacular flop and there is every chance the Italian could leave for pastures new though a move to the US is hard to fathom.

Liverpool paid £16m for Balotelli and the former Man City man’s return of one goal in 13 Premier League appearances is not a return Brendan Rodgers is happy with.

Rodgers had been forced to use the troubled forward a fair bit during Daniel Sturridge’s injury absence but now the England man has returned, and Raheem Sterling has been able converted into a central striking weapon, one imagines the Liverpool manager would consider offers for Balotelli.

Orlando City brought in Brazilian star Kaka to lead the club in their first season in the MLS and may feel the addition of another established name could help in their bid to become one of North America’s bigger footballing outfits.

European talents tend to consider Stateside moves at the latter end of their careers and as such given Balotelli’s age such a move may be more than a little early.