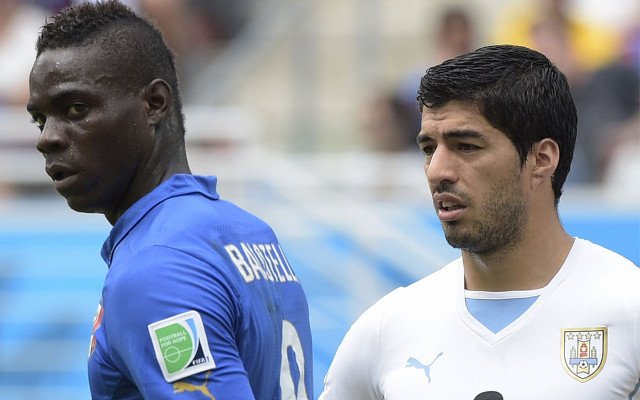 Striker desperate to reach the heights of the former Anfield star.

Liverpool striker Mario Balotelli has asked permission from Luis Suarez to wear the former Reds forward’s shin-pads, in the hope it can ignite his Anfield career, claims the Mirror.

Suarez forgot to take some of his kit away from the Reds’ training ground before his blockbuster departure to the Camp Nou in a colossal £75m move, and Balotelli has swopped in on the left-overs.

The 24-year-old, apparently, dropped Barcelona’s star a phone-call asking if he could wear his old kit, left behind at their Melwood training camp, and the Uruguay international was more than happy to oblige.

The Mirror revealed a source said this about the Italian’s chat with Suarez, “Luis was in great form and only too happy to help when he received the call from Mario.”