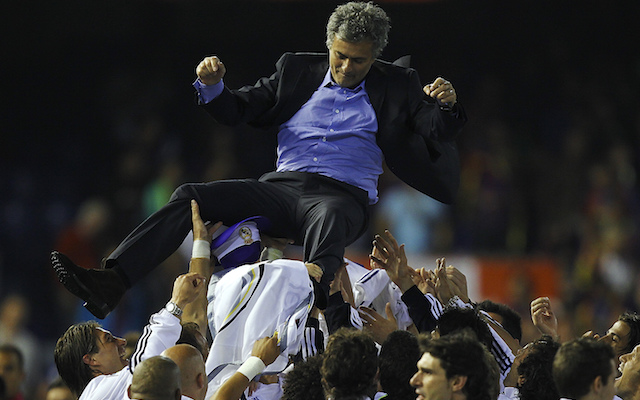 SEE MORE
Chelsea Transfer News
Chelsea Boss Claims League Cup Final Is The Most Important Of His Career
Advantage Tottenham! Why Chelsea Will Struggle To Cope Without The Brilliant Nemanja Matic

The Spain international believes that the current man in charge at the Bernabeu, Carlo Ancelotti, ranks alongside Luis Aragones and Joaquin Caparros as his favourite bosses. The 28-year-old worked under Aragones with his national team, and Caparros brought him in to the first team at Sevilla.

When asked about Ancelotti Ramos said: “In my view, he’s one of the two best I’ve had in my whole career. And above all else he’s a good person, which is a bonus when it comes to dealing with players.”

He added when question on who the other two are: “Wow, that’s a hard one. There’s Luis Aragones, then you have Joaquin Caparros, who really believed in me when I was a nobody. I have had some fantastic coaches and Ancelotti’s definitely in the top three.”

Mourinho was in charge of the defender for three years during a rollercoaster tenure at Los Blancos. Although the Portuguese won both La Liga and the Copa del Rey against what was one of the best teams ever at Barcelona, his failure in the Champions League is seen as a black mark against him. There were also rumours that the 53-year-old fell out with some of his squad members.