Cesc Fabregas, Eden Hazard and Cesar Azpilicueta were in high spirits after their victory over Tottenham on Sunday…

The Blues beat Spurs 2-0 in the final at Wembley, and the Stamford Bridge squad were clearly happy in the dressing room afterwards…

Fabregas posted this to Instagram with the caption “CHAMPIONS!!!!!” 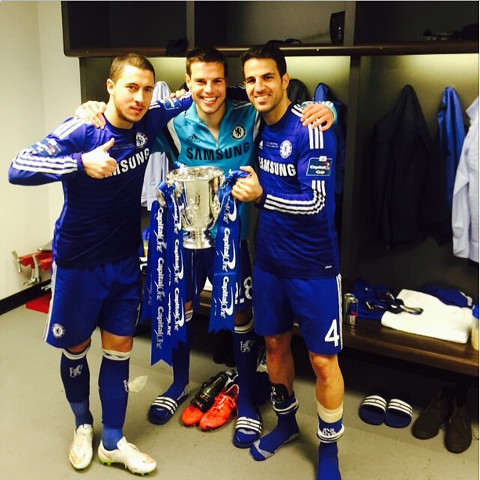