Strong displays from Bentaleb and Kane not enough for Spurs.

Spurs matched the Blues in most departments, but fortune favoured Jose Mourinho’s men on the day.

Unlucky to be beaten by two deflected goals. Produced good saves to keep out efforts from Cesc Fabregas and Gary Cahill.

Started the match very well, but began to struggle after taking a knock to his ankle just before half-time. Will probably be credited with an own goal, having flicked Costa’s off-target shot past Lloris.

Rose was very positive going forward, using his speed and stamina to overlap on countless occasions. Unfortunately, his final ball was not quite good enough.

Stood up to Costa very well and did not look at all fazed by the big occasion. This 21-year-old clearly has a bright future ahead of him.

No major errors today from Vertonghen, who was awful in the Europa League in midweek. However, the Belgian was little better than OK. 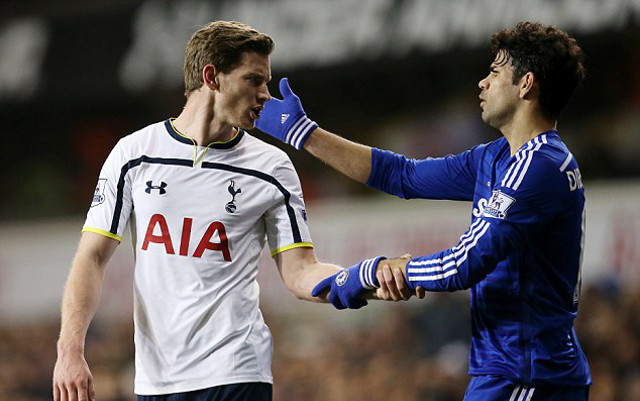