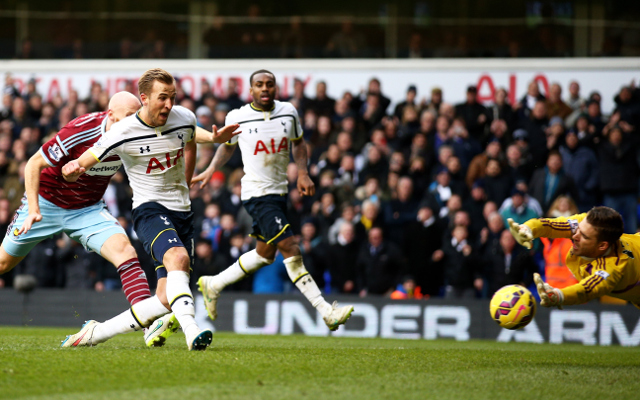 Harry Kane has received plenty of praise this season.

Newcastle United legend Alan Shearer has been so impressed with Tottenham’s Harry Kane, that the 21-year-old actually reminds the former England captain of himself, reports the Telegraph.

“I understand why people are saying he’s like me, not just because of the way he plays, but also because of his attitude.

“He is happy to go in behind defenders, or come short to get the ball,” said Shearer.

Shearer – who scored a staggering 260 goals in the Premier League – moved to Blackburn Rovers at the age of just 22 for a then British record transfer fee of £3.6m, and has warned that Kane cannot be put under pressure to succeed from such a young age.

“I think it’s premature to say he’s going to be great, because a lot of things can happen between now and him achieving that.

“If you look through history, there are lots of players who have been great for one or two seasons and then fizzled out. But, by all accounts, and I’ve spoken to Les Ferdinand who worked with him at Spurs, he has a very good attitude. He wants to learn and he wants to get better. He wants to improve and you can tell that watching him on the pitch,” he added.

Kane has enjoyed an incredible first season in Mauricio Pochettino’s first team, scoring 14 goals in the Premier League this campaign. He has also helped Tottenham reach Sunday’s Capital One Cup final, where they will face London rivals Chelsea.

Shearer’s only major trophy came at Ewood Park when they won the Premier League in 1995, and he believes that if Kane can replicate his performance at White Hart Lane earlier in the season, where Tottenham won 5-3, then he may have a good chance of winning his first honour with the club.

“I was hugely impressed with the way he took on John Terry and Gary Cahill when Tottenham played Chelsea at White Hart Lane. It will be very interesting to see if the same thing happens when they face each other again in the Capital One Cup final this weekend.

“He’s not fazed by anything physically. He said to Terry and Cahill, OK, I’ll come and stand on you, I’ll take you on in the air. I’ll run in behind you. He’s not afraid to handle himself physically,” he concluded.