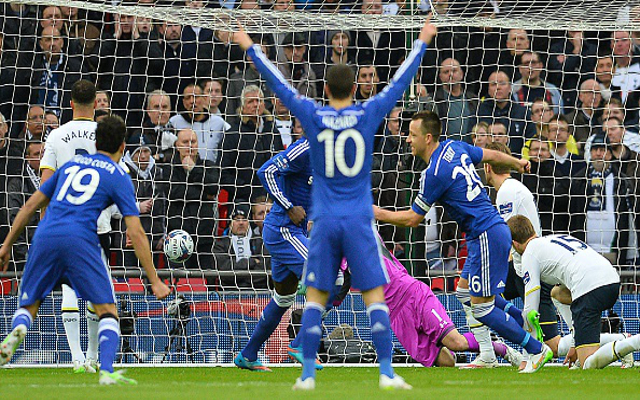 Jose Mourinho’s side secure first piece of silverware of the season with relatively comfortable win over Spurs.

A cup final would not be a cup final with a rousing national anthem and John Terry got the ball rolling on that front.

Tottenham had the upper hand in the early stages and Danish international Christian Eriksen saw his free-kick hit the bar.

Chelsea forward Diego Costa, who proved a real handful throughout, clashed with Tottenham enforcer Nabil Bentaleb and was perhaps lucky to not see yellow.

John Terry put Chelsea ahead just before the break as he reacted quickest to a loose ball in the box following a Blues set-piece.

Diego Costa doubled Chelsea’s lead ten minutes into the second half, his effort deflecting in off Kyle Walker.

Chelsea saw out the game to secure a Capital One Cup triumph with Mourinho presumably now keen to push on with efforts to secure either, or perhaps both, the Premier and Champions League titles.