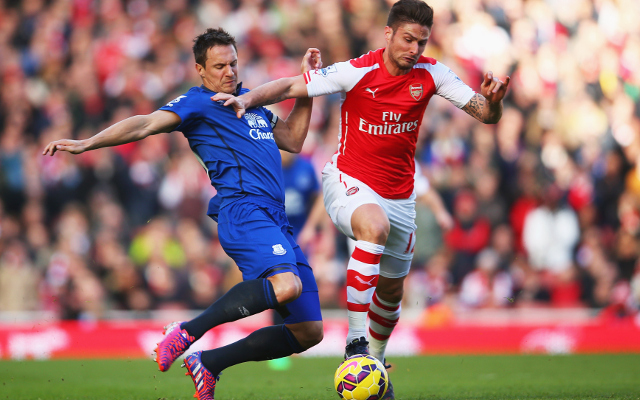 Giroud with a clinical finish.

Arsenal striker Olivier Giroud has set the ball rolling just before half-time, in what is a huge goal for Arsene Wenger’s under-fire side.

The Frenchman showed his grit to get to the ball ahead of John Stones from a corner kick – what a time for Giroud to grab a goal!

Can a top performance today give the Gunners the confidence to make a Champions League comeback?