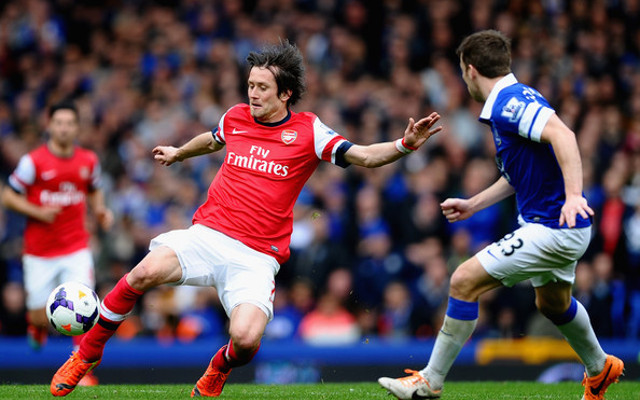 Tomas Rosicky has all but sealed the win for Arsenal today in their Premier League game at home to Everton, putting them 2-0 up with a deflected strike.

He has only started four Prem games this season. Does he play enough?