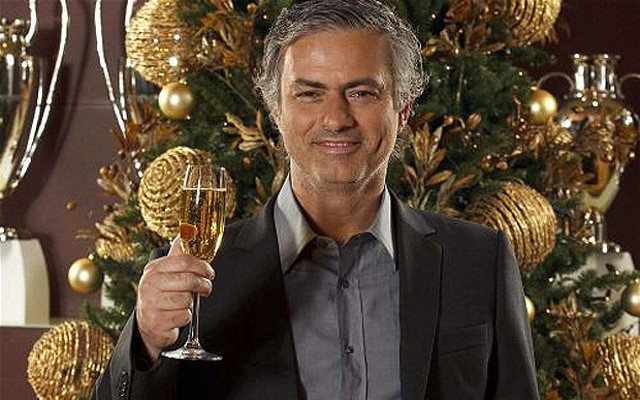 After lifting the trophy, the Portuguese fell to the floor – seemingly on purpose – to pose with the team for a photo.

It certainly made a bit of a change from his moaning about refs in recent weeks!