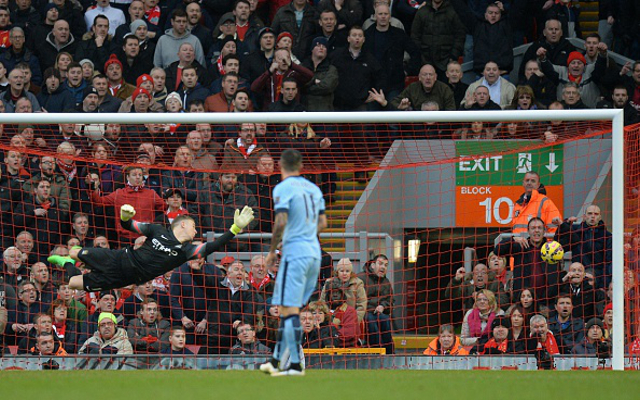 Brendan Rodgers saw his side continue their fine run of form with deserved three point haul from the visit of Man City to Anfield.

Liverpool looked imperious from the first minute until the final whistle and the win over City certainly aids their push for a top four finish.

Adam Lallana thought he had given the home side the lead early on but his effort was correctly deemed offside.

Liverpool fans didn’t have long to wait to see a goal stand though with captain thumping in a superb long range effort on 11 minutes.

A quarter of an hour later City were level when Sergio Aguero fed Edin Dzeko, the Bosnian duly firing home, to make it 1-1 somewhat against the run of play.

Adam Lallana netted another offside goal, much to the Liverpool midfielder’s annoyance.

Then on 75 minutes Brazilian magician Coutinho, who was superb throughout, masterfully found the top corner with a barnstorming effort that Joe Hart was powerless to prevent.

Wilfried Bony was introduced late on but all he got to show for his efforts was a yellow card, garnered for this rather crude elbow on Adam Lallana.

Liverpool comfortably held on to win, bringing up 11 Premier League games without a defeat, to go level on points with fourth place Arsenal.