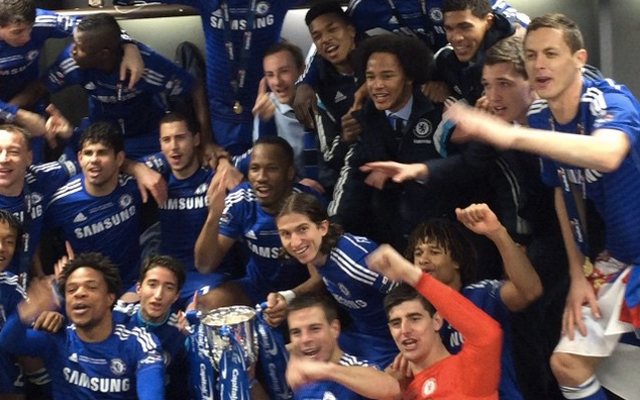 Back in the dressing room following their 2-0 win over Spurs, the Blues stars belted out: “Champione, champione, ole, ole, ole!”

Deflected goals from John Terry and Diego Costa did the business for Chelsea, who remain on course for a famous treble this season.