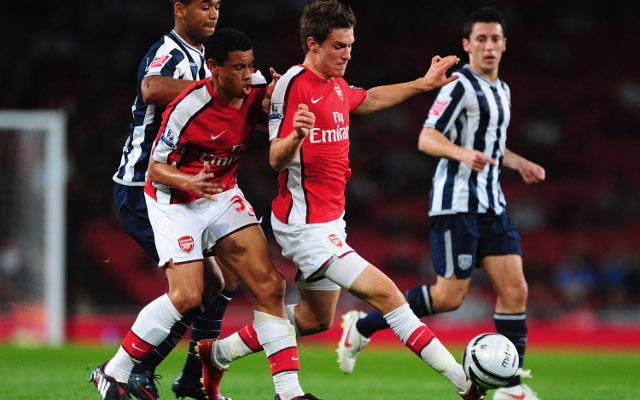 Chris Ramsey would be wishing that these two were unavailable to Arsene Wenger.

Arsenal midfield pair Aaron Ramsey and Francis Coquelin look set to feature against QPR on Wednesday, according to the Daily Mail.

Coquelin fractured his nose in Sunday’s victory against Everton, after two clashes during the game – the second of which required the Frenchman to be withdrawn just before the end. But it is believed that the former Charlton loanee will not require surgery, as Wenger first feared, and will available for the game at Loftus Road, though he will be wearing a protective mask.

While Coquelin has received plenty of praise since his inclusion in the side, it is the news that Aaron Ramsey is set to return after nearly a month out that gives Arsenal the most optimism.

The Welsh midfielder has been missing since limping off with a hamstring injury during the 2-1 victory over Leicester in February, and his return could not be more timely as season-defining FA Cup and UEFA Champions League games against Manchester United and Monaco respectively await the Gunners.

Arsene Wenger knows he must try to cement a place in the Premier League’s top four, and attempt to overturn a two-goal deficit from the first leg against the French club in the last 16 of Europe’s premier club competition.