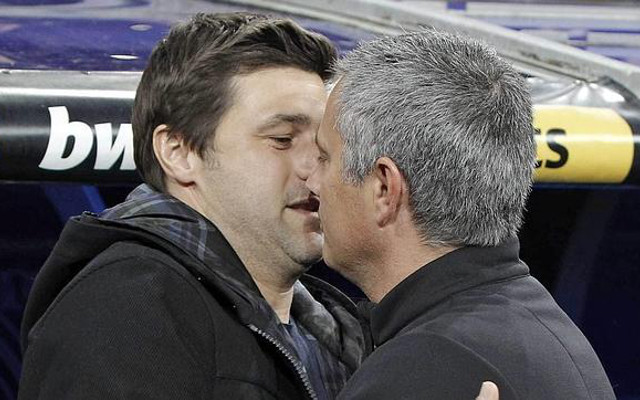 The Argentinian’s team lost 2-0 to the 53-year-old’s charges at Wembley on Sunday, and he has been graceful in defeat.

Pochettino clearly admires the Blues boss, and was gushing in his praise of the former Real Madrid head manager.

“I admire Mourinho,” he told reporters. “For me, he is the best or one of the best managers in the world. It was an honour to play against him, a dream for me. When I was a player I played against him and now to go face to face in a final at Wembley is a dream.”

He added:”I have full respect for him. I’m lucky that he thinks the same about me.”

With the Stamford Bridge outfit five points and a game in hand clear at the top of the Premier League and still in the Champions League there is a chance this could be the Portuguese’s best season yet as a manager.

His team will have to get back to business soon if this is to happen though, with a match against West Ham on Wednesday night.