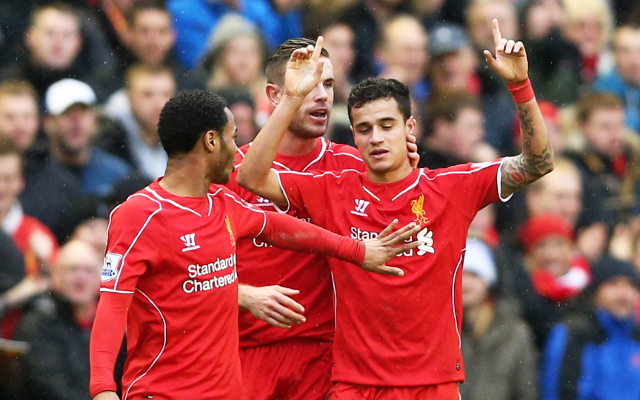 The little Brazilian continues to reach new heights in a Reds shirt.

Liverpool midfielder Joe Allen has heaped the praise on Reds star performer Philippe Coutinho, insisting that the playmaker can only get better.

Coutinho scored a stunning strike to seal a vital win over Manchester City, as they push for a lucrative Champions League spot.

The Brazilian has grabbed all the headlines following the blockbuster victory, and Allen is full of praise, saying, “He’s so good. The Brazilian team is obviously full of talent but he has to be really pushing for that,” Allen told Sky Sports.

“I think some people forget how young he is at times. He’s a young player getting better all the time.

“He’s so unpredictable and that’s such a good skill to have. He has the ability to turn both ways, he’s skilfull and a player who comes into that versatile bracket.

“Those of us who work with him on a daily basis always knew he was going to kick on and reach this kind of level.”