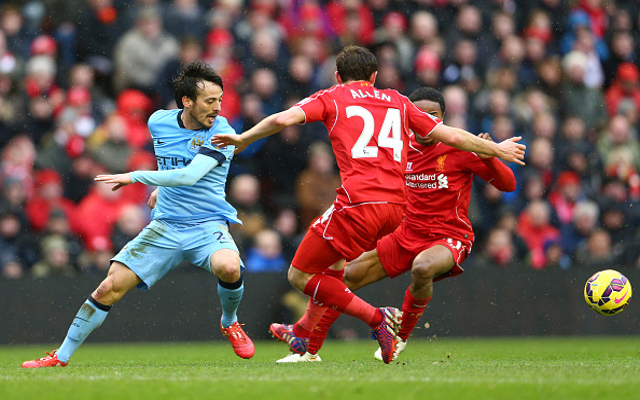 Joe Allen has failed to live up to his manager labelling him the “Welsh Xavi” upon his arrival.

Liverpool midfielder Joe Allen has hailed the game against Man City as his best performance for the club as he dominated the central area against the Premier League champions.

Playing alongside Jordan Henderson, following injuries to Lucas and Steven Gerrard, Allen was part of a midfield which overran the likes of Yaya Toure and Fernandinho.

Allen has been out of the side due to niggling injuries and the form of Lucas and Henderson but his showing at the weekend will surely put him in contention for action on a more regularly basis.

“To win on St David’s Day as a Welshman, what can I say? You can’t ask for much more than that,” Allen told the Liverpool Echo.

“It was probably one of my best performances for Liverpool.

“It’s unfortunate for individuals when you get injuries. I’ve been on the other side of it this season.

“It has given me my opportunity in recent weeks and when the team wins it’s always fantastic to be part of it.”

Brendan Rodgers’ shift to a 3-4-3 formation has reinvigorated many stars and with four central players and Raheem Sterling operating in a ‘false nine’ role, Liverpool tend to dominate most opposition in central areas.