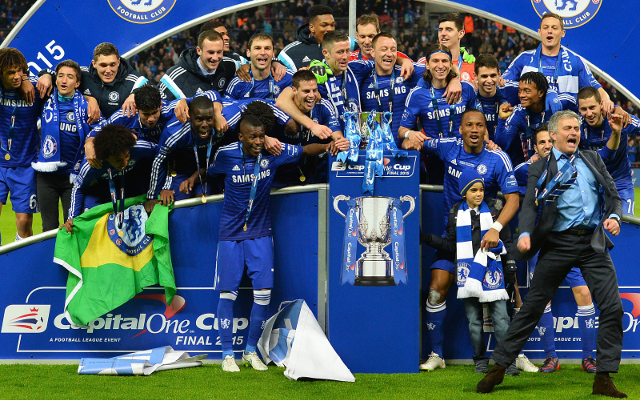 Chelsea midfielder Cesc Fabregas has revealed that the Blues won’t be partying for long after winning the Capital One Cup, reports the Daily Express.

The Stamford Bridge outfit beat Tottenham 2-0 at Wembley in the final to take home the trophy on Sunday. However, with a Premier League fixture against West Ham coming up on Wednesday, they have to get straight back to training.

With the squad five points and a game in hand clear at the top of the Premier League as well as still in with a chance of winning the Champions League, there is still a long way to go for the group. The Spaniard made it clear that it won’t be until all possible competitions are over that the Blues will stop to celebrate what is already a successful season.

The 27-year-old said: “We will stay here at Wembley for a while then get back on the bus to Stamford Bridge, but then we will get into our cars and go home to rest for Wednesday’s game against West Ham. We want to win the Premier League too – maybe we can have a big party at the end of the season.”