The Blues got their hands on the trophy, expertly.

Chelsea eased to victory over Tottenham Hotspur in the Capital One Cup final at Wembley Stadium on Sunday evening, with John Terry and Diego Costa delivering the goods, and securing their first trophy of the season.

Jose Mourinho does what he wants

Less of something learned – rather an excellent reminder of the Chelsea manager’s ingenuity.

The Portuguese was without midfield general Nemanja Matic, with the Serbian suspended following a reaction to Burnley’s Ashley Barnes’ horror-challenge, who has been a regular in an outstanding Blues midfield – but Mourinho knew exactly how to cope without their star man.

In bringing Kurt Zouma into midfield, he ignored any inevitable criticism from football fans over what could be considered a negative line-up – a position that many may have expected Oscar to step in to – and come the final whistle no one could question the decision. 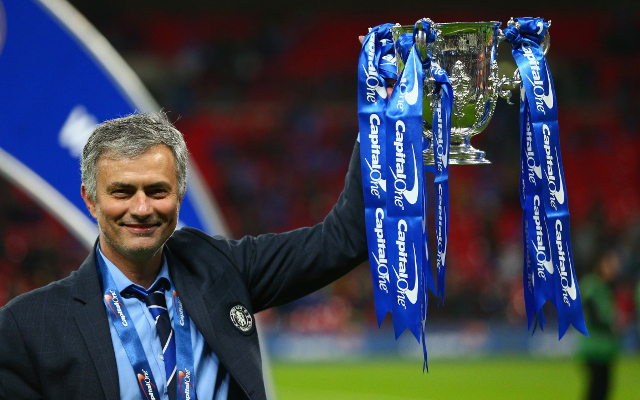