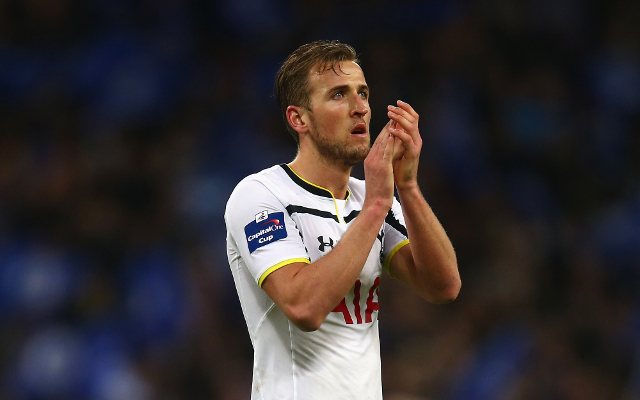 Disappointed Tottenham Hotspur striker Harry Kane, who lost out to London rivals Chelsea in Sunday evening’s Capital One Cup final, has spoken out over the Blues’ luck in coming away with the trophy.

Kane claims the Blues can count themselves fortunate to hold the winners’ medals, as the luck just happened to fall their way during their Wembley encounter.

Kane said, “we played the way we wanted to play and it just didn’t go for us. Both their goals you could say were a bit scrappy, a bit lucky, but that’s the difference in the top games on the big stage and it went Chelsea’s way,” as quoted by the Telegraph.

“Neither team created real clear-cut chances, and it just went Chelsea’s way today and that’s something we’ve got to learn from and try to move on from.”

The 21-year-old had almost no service to work from, and showed no signs of producing any individual magic, of which the Spurs faithful have become accustomed to seeing from their star man this campaign, in this, his biggest game for the club to date.

A harsh reality for the England hopeful to have to deal with.