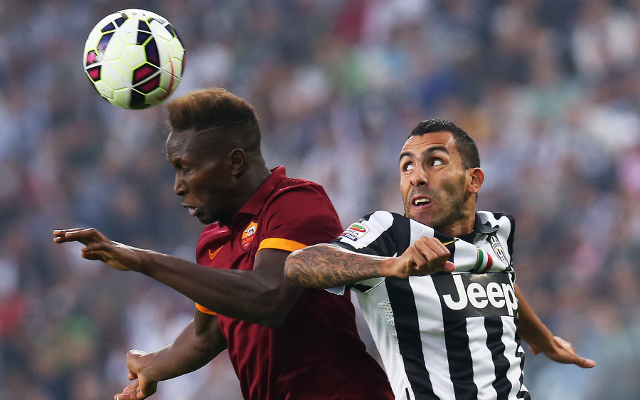 AS Roma salvaged a draw against Juventus in the top-of-the-table clash in Serie A, but fans will be left dreaming of what might have been.

The Giallorossi were stale in the first half – allowed to keep the ball by Juventus, but unable to do anything with it.

Juventus had the only chance on the counterattack, with Arturo Vidal firing wide on his left foot.

It was a controversial decision that finally sparked Roma into life. Arturo Vidal went down after minimal contact with Vasilis Torosidis, and the Greek defender received a second yellow.

Carlos Tevez then fired in the resultant free kick, showing in the absence of set piece specialist Andrea Pirlo, Juve had an able deputy.

Ten man equaliser Roma secured a draw though with a late header from Seydou Keita – though Claudio Marchisio got the final touch. The hosts dominated the final quarter of the game, but were unable to find the winner they so desperately needed, with the draw suiting Juventus far more.