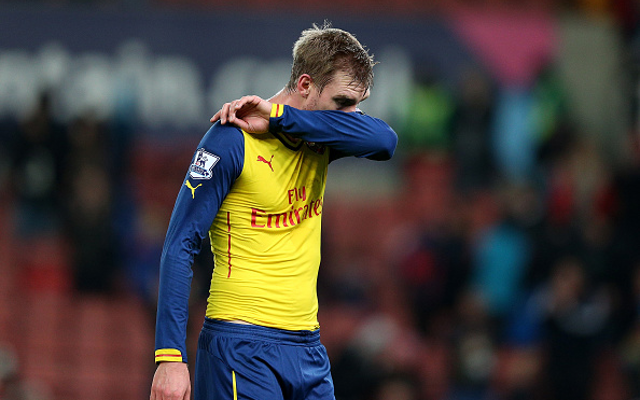 Arsenal boss Arsene Wenger has indirectly warned Per Mertesacker not to expect an imminent return to the side as he revealed that he bought Brazilian Gabriel as a first choice defender.

Following the disastrous performance against Monaco last week, the two casualties from that team were Danny Welbeck and Mertesacker with special focus on the German considering his senior status in the squad.

Gabriel is relatively inexperienced as a central defender at 24 years old, but grew throughout the game and made a spectacular tackle to deny Romelu Lukaku that lifted the Emirates Stadium.

“We are all here to serve the club and rise above our own individual interests,” Wenger told reporters ahead of the London derby against QPR (via Arsenal.com).

“There are periods where people are a bit less in form and that happens to everybody. We bought him (Gabriel) for that (extended run in the team) and of course that’s what the target is for him.”

Judging by Wenger’s comments, one would expect Gabriel and Laurent Koscielny to continue their potentially solid partnership.