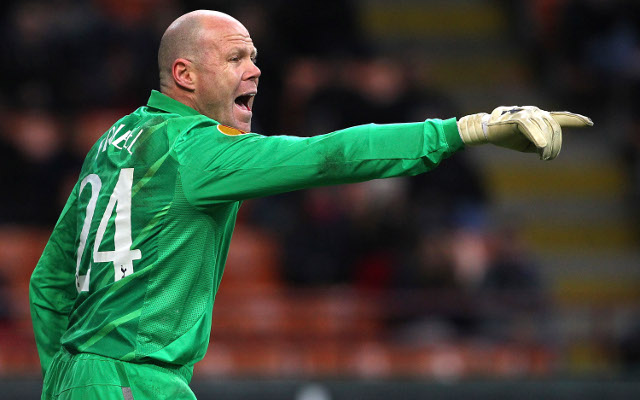 Jose Mourinho is planning for life without Petr Cech.

Chelsea boss Jose Mourinho is already making plans to bolster his goalkeeping options ahead of next season, should the Blues lose Petr Cech in the summer, by attempting an audacious bid to sign Brad Friedel, reports the Guardian.

Mourinho put his faith in Cech by selecting him to start ahead of Thibaut Courtois in Sunday’s Capital One Cup Final against Friedel’s current club Tottenham, though the Czech international has largely been considered an understudy for the Belgian for most of the season.

Cech kept a clean sheet, as Chelsea clinched the first trophy of Mourinho’s second spell at the club, but is yet to extend his current deal, which expires at the end of the season.

His strong performances have included clean sheets in all five of his Premier League appearances this season, leaving plenty of clubs – including Arsenal, Liverpool and Paris Saint-Germain – interested in his services, and the lure of first team football may be enough to tempt the 32-year-old away from Stamford Bridge.

Should Cech depart, then Mourinho may amazingly turn to Spurs goalkeeper Brad Friedel to fill the void.

The American will be 44 by the time his Tottenham contract expires in the summer, but the Portuguese manager could be sensationally offering Friedel a chance to stay in the top flight beyond this season.