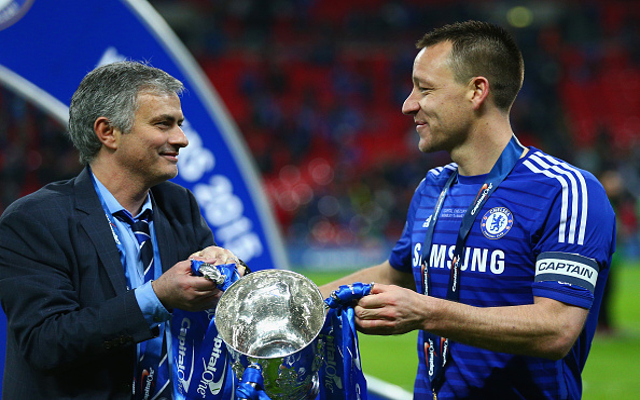 Stamford Bridge skipper has no plans to hang up his boots anytime soon.

Chelsea veteran John Terry believes he still has a few years left in the tank and is keen to put pen to paper on a new Blues contract according to the BBC.

The 34 year old Stamford Bridge skipper has been an ever present this season in top level matches, starting all 33 Premier and Champions League fixtures, and has been one of Jose Mourinho’s most consistent performers and as such is certainly worthy of a new deal.

Terry’s current deal expires in the summer though after 17 seasons in the Chelsea first team set-up it’s clear the centre-back is no mood to call it a day.

“If this is my last year, then I hope it goes out on a bang,”

“But I am feeling great at the minute and it would be the wrong time to go.”

“I have my little target to play next year, but, beyond that, two or three years, I don’t know.” added Terry.

If this is indeed to be Terry’s last campaign at the West London side, which seems unlikely given his current form, then the Chelsea legend will hope to bow out with a Champions or Premier League crown before it comes to a close.