After last week’s incident with new MLS side LAFC, an Everton fan is now the latest in a long line of clubs and people to feel the sharp tongue of the LA Galaxy’s social media team.

The fan firstly asked his ‘favourite’ US side for a birthday shout-out, however, he quickly gets mouthy about the comparative merits of the LA and Everton teams and the Americans swiftly put him in his place!

Why an Everton fan would support Steven Gerrard’s future club is unclear. 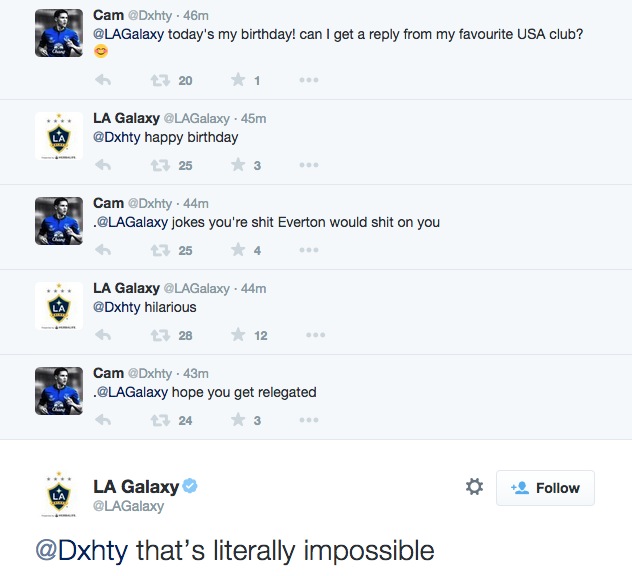