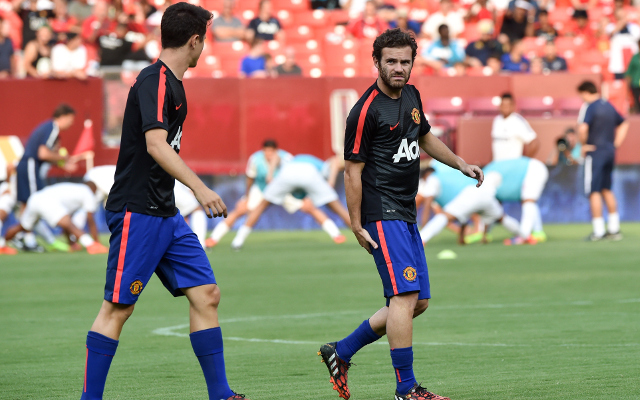 Ander Herrera and Juan Mata have had a shocker.

They may be club teammates, as well as fellow countrymen, but Manchester United midfielders Ander Herrera and Juan Mata have seemingly been spending too much time together.

According to Mata’s Instagram account, the Spanish pair have turned up to the club’s training ground wearing exactly the same Adidas tracksuit.

The former Chelsea player wrote the caption, “Give me heads up next time, mate! #samestyle,” to accompany the embarrassing picture.

Both players featured in the 2-0 victory over Sunderland at the weekend, though Mata was only used as a late substitute by Louis van Gaal.