Model-cum-match official sizzles by the side of the pool in bikini that struggles to keep her modest.

Claudia Romani would be a great referee. Once seductive glance would have footballers eating out the palm of her hand.

The Italian stunner is currently in Miami, where she has been flashing her banging bod to wild eyed passers by near the pool.

Having began her career as a model, the 32-year-old is hoping to embark on a career as a referee, having qualified to take charge of professional games.

We think it’s safe to say there will be a few more well behaved teams with her around. 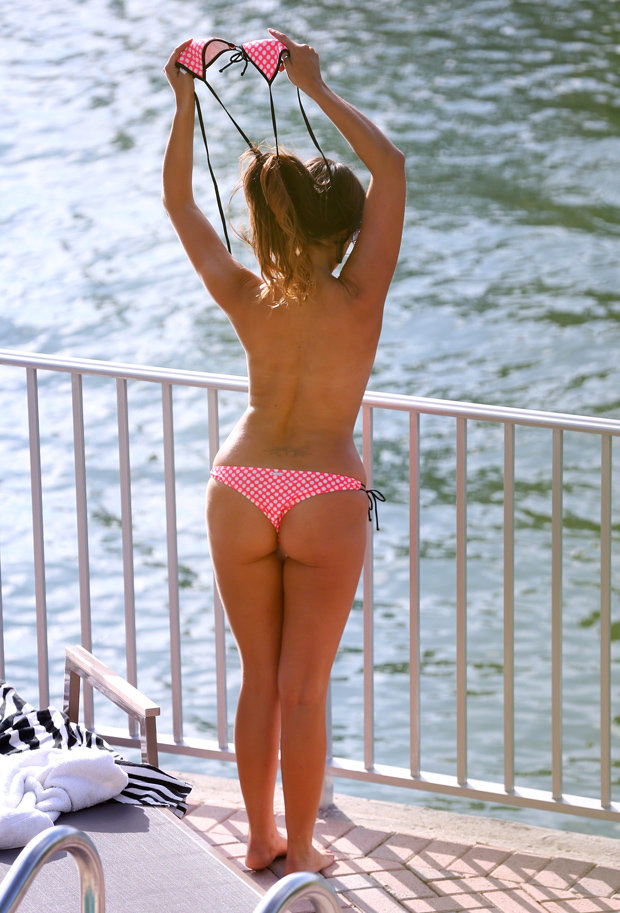 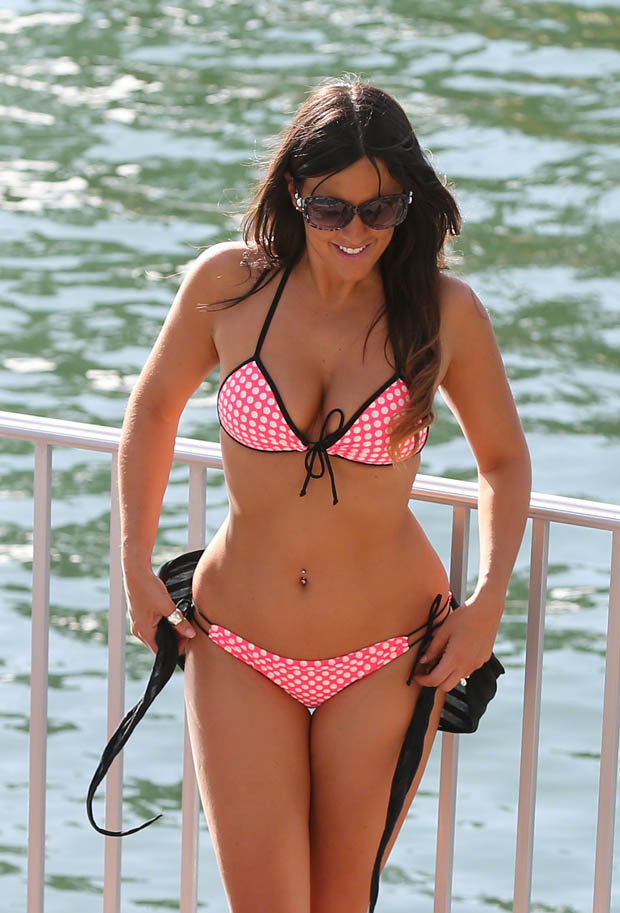 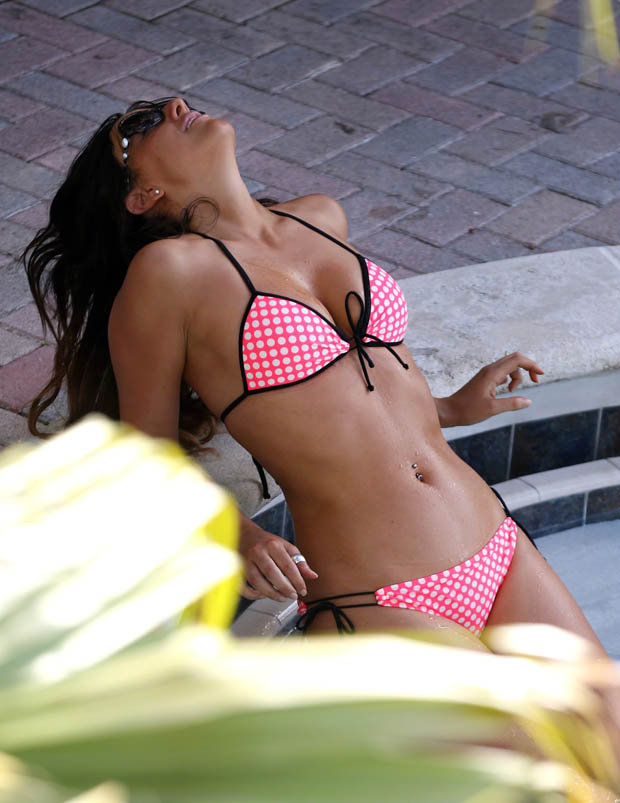 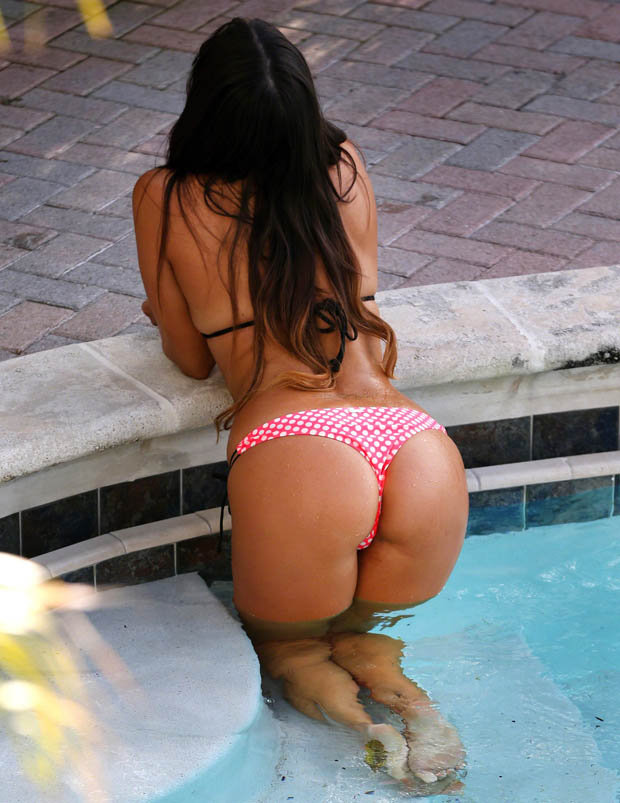