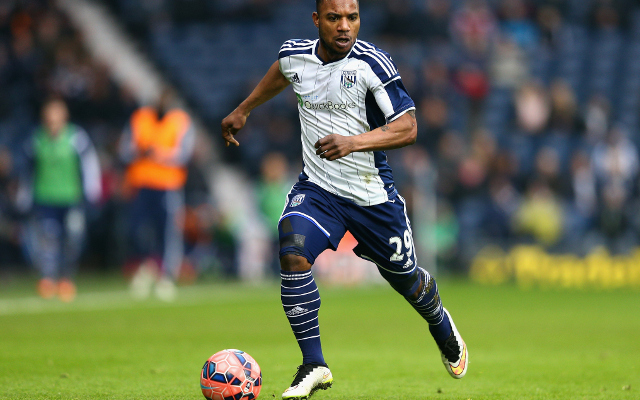 Stephane Sessegnon was booked after seemingly taking an unprovoked tumble.

West Brom boss Tony Pulis will speak to Stephane Sessegnon, after the midfielder was booked for diving against Southampton, according to the Daily Mail.

“I’ve looked at it but I’ll speak to Sess first, before I speak to anybody else,” Pulis stated.

The incident occurred when the Benin international went to ground while trying to beat Southampton full-back Nathaniel Clyne, during the Baggies’s 1-0 victory over Ronald Koeman’s side at the Hawthorns.

While Pulis is yet to take a public stance on this particular event, other than to buy himself time to review the caution, he has discussed how he has worked hard in the past to make sure that his players maintained some honesty while they played.

“It’s not a delicate one to talk about at all. My stance is that it should not be in the game. At the last club I was at, I made sure that didn’t happen,” the former Stoke boss added.

Even if Pulis is to take internal action against the former Sunderland player, it is unlikely to include being dropped from the first-team, as striking options Brown Ideye, Victor Anichebe and Saido Berahino – who scored the winner against the Saints – are all doubts for the upcoming game against Aston Villa, meaning Sessegnon may be required to lead the line.