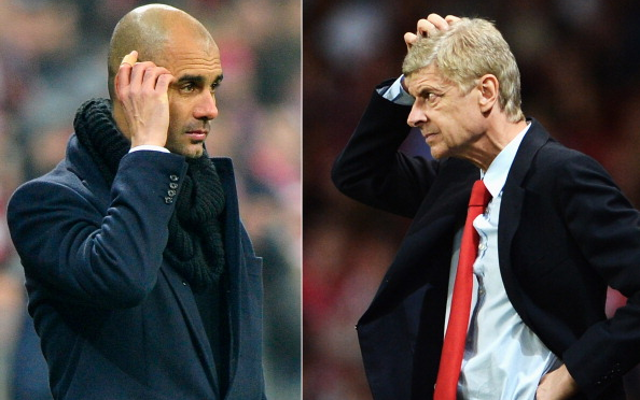 Guardiola is on course for a treble at Bayern Munich.

Pep Guardiola would favour a move  to Man United or Arsenal should he decide to come to the Premier League, according to Spanish expert Terry Gibson.

The Bayern Munich boss has been linked with a move to Manchester City with the pressure on Manuel Pellegrini increasing at the Etihad Stadium.

However, on the day Guardiola denied (via the Guardian) those reports, Gibson believes that the former Barca coach looks at clubs with a richer history and foundation rather than spending power.

“Manchester United are, historically, the biggest club in England. Then there are new clubs with vast riches likes Chelsea and Manchester City. Pep would look at the bigger picture though.

“He would look at the job Sir Alex Ferguson did at that club and the size of the club. I could see him going to Manchester United, or possibly Arsenal.

“A move to the Gunners might appeal to him. That’s how he would be looking at his next move.”