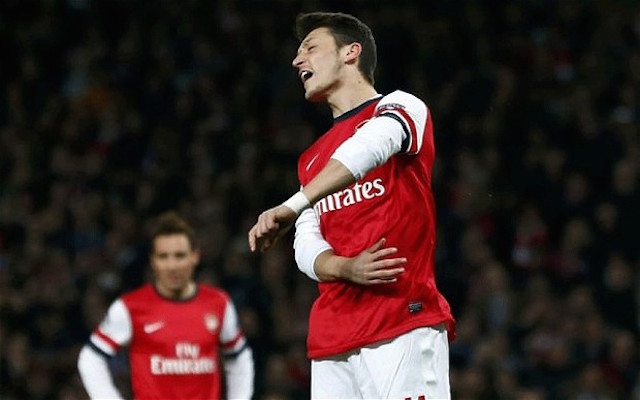 German has to be more decisive and is too slow.

Arsenal Invincible and fan favourite Gilberto Silva has said players like Mesut Ozil will have to improve if the club want to compete for major titles once again.

The Gunners £42 million record signing has had a hit-and-miss season mainly due to injury and despite looking revived following a three months lay-off, he’s still yet to live up to the price tag of his expensive move in August 2013.

Silva was a part of the last Arsenal team to win the Premier League title in 2003/04 to become an Invincible and says if the club needs more from it’s star performers, specifically naming Ozil, if it is to reach those heights once again.

“You speak about Arsenal and how they don’t spend big money on a player often but they did with [Mesut] Ozil and it is always a bit risky,” said Silva, reports Daily Mirror.

“Coming from Spain it is tough to adapt, it doesn’t always happen straight away.

“I do really like him as a player but sometimes in the game he does look quite slow, although he has that quality to change the game.

And despite the criticisms Arsene Wenger has faced this seasons and the continually similar defeats bereft of a stable defence, Gilberto Silva says the Frenchman is still the right man to lead the team.

“It is a big task for the manager. Arsene will always make a plan for his side, he will have watched the opponents and will have known their strengths and weaknesses and how he wants his team to play.

“But when the game goes wrong, like it did against Monaco, it is really tough.

“Sometimes things don’t work but he is always motivated to get it right. All the players need to be like that too, they need to be confident for the game and have that fight.

“They also need to concentrate on what they need to do and then the consequence of that will be the result they want.”