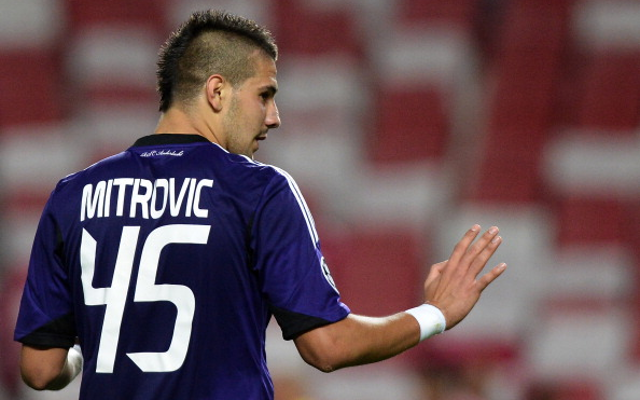 The striker has been in great form this season…

The 20-year-old has been in imperious form this season, scoring 15 goals in 34 appearances for Belgian giants Anderlecht and appears to have caughtWenger’s eye.

Mitrovic scored a goal against Arsenal at the Emirates Stadium in the Champions League last November, grabbing a last minute equaliser for the Belgian side.

While the Gunners certainly aren’t shy of striking options at the moment, it is thought the Serbian could bring some more quality to their front line.