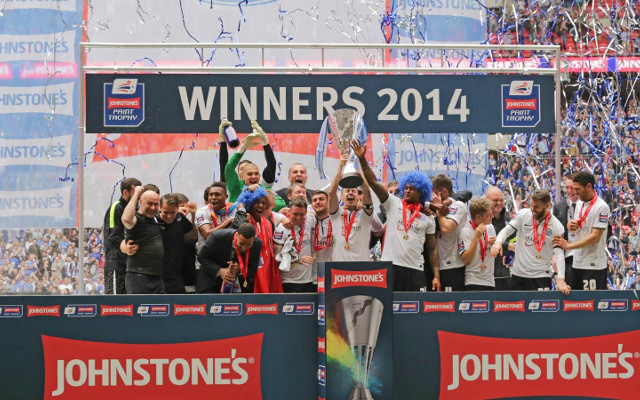 A new proposal for the Football League.

Clubs from League One and Two have been faced with the question of whether they would consider the addition of Premier League Under-21 sides in the Football League Trophy.

If the scheme is given the go ahead, it will see a shift in format of the Johnstone’s Paint Trophy, with a group system introduced to include the new teams.

Only clubs with category one graded academies would be allowed entry – this is the highest academy grading – and there are 24 Premier League U21 outfits teams that could therefore feature.

A statement from the Football League explaining the proposal read as follows: “Clubs have been asked to consider the concept of permitting 16 U21 teams from clubs with category one academies to participate in The Football League Trophy,” as quoted on Sky Sports.

“The competition would feature 16 groups of four teams with one U21 team in each group, before a knockout stage leading to a final at Wembley Stadium.

“League One and Two clubs were asked to indicate whether they were content to see The Football League progress the matter, which would include discussions with the Premier League and Football Association, so that clubs can consider a full proposal at a future point.

“Therefore, as yet, no club has voted in favour or against the idea of having U21 teams in The Football League Trophy, they have only indicated whether they wish to consider the matter further.

“Ultimately any changes to this competition will only happen with the support of League One and Two clubs.”