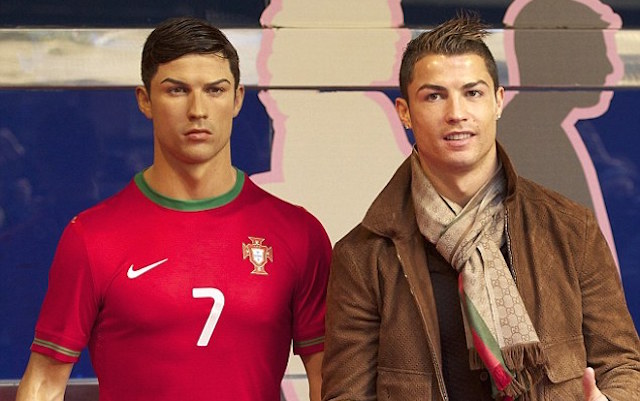 The most worrying thing is, it’s not that surprising…

We all know Cristiano Ronaldo has to be one of the most well groomed footballers around, possibly even men, in the world.

But it seems that in his eternal quest for man-scaping the Real Madrid forward has even extended this discipline to depictions of him with a report in Spain suggesting he sends a stylist every month to brush the hair of a waxwork.

The statue has been held in the Museo de Cera in Madrid since December 2013 and is said to be one of the most popular of the 100s on display.

Staff have said how Ronaldo told them to ensure his figure was perfect and that he wanted the likeness to be so spot-on that real, natural, human hair is imported from India.

“Cristiano told us to be sure his figure was perfect,” Gonzalo Presa, the museum’s communication director said, reports Cadena Ser Catalunya.

“He sent his own hairstylist to brush his figure once a month. [The Waxwork’s] hair is natural. It is not a wig and it comes from India.”

You can only imagine the looks the poor stylist gets when visitors walk past whilst they’re performing beauty treatments on a waxwork.