Liverpool are in fine form.

Liverpool have won their last three league games against Spurs, Southampton and City to leave them on the verge of the Champions League spots.

A graphic released by SkySports shows the stark contrast in Liverpool’s pre- and post-Christmas form in Rodgers’ three seasons in charge.

If Liverpool get 2.50 points per game from their final 11 games it would give them 76 points, enough to have got in the top four in every Premier League season to date. 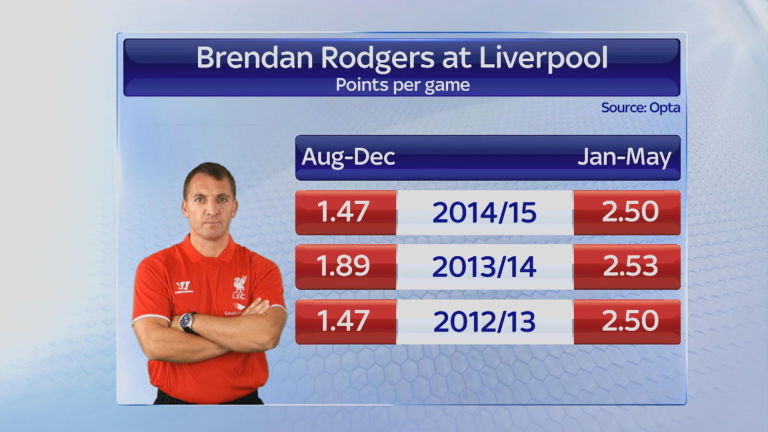