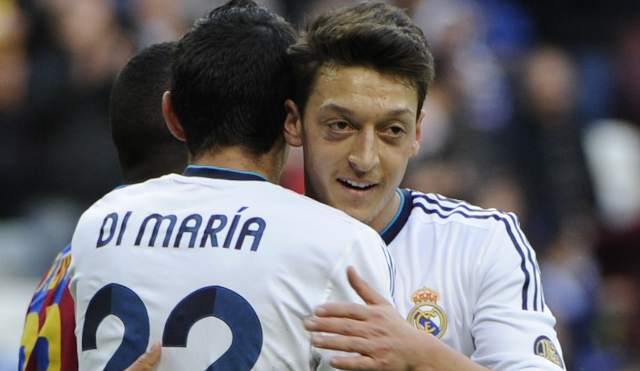 Manchester United and English football’s record signing Angel di Maria has, for the most part, been a disappointment since his record-breaking £59.7m move to Old Trafford last summer.

The Red Devils were starting to lose their touch in the transfer market after a disastrous window under David Moyes, which only saw the deadline day arrival of Marouane Fellaini.

A statement of intent was therefore needed in the summer and the opportunity to do a deal for one of the most in-form players in Europe – the man of the match in the Champions League final – arose and was taken.

On paper, the deal was perfect, with Man United having an illustrious history of wingers, especially those wearing the no.7 jersey.

Following an explosive start, Di Maria has struggled, which culminated in the Argentine being substituted at half-time in the weekend’s 2-0 victory against Sunderland.

Despite his price-tag and lack of tangible evidence to justify such a fee, there hasn’t been as much negative press surrounding Di Maria as there has for his former team-mate Mesut Ozil.

The German playmaker was signed by Arsenal for a fee in the region of £42m and he too faded after a bright start.

Ozil was castigated by all corners of media coverage for his attitude and lack of application.

It even went to an extent where the Daily Mail claimed that Ozil was ‘nicking a living’ – a quite personal attack – as Arsenal crashed out of the Champions League against Bayern Munich, despite further revelation that the World Cup winner was playing with a hamstring injury which ruled him out for six weeks.

Ozil ended his first campaign in England with five goals and nine assists in 26 appearances, with Man City’s David Silva boasting similar numbers. Di Maria already has three goals and eight assists this season, but all his goals came in the first seven games of the season.

This season, despite suffering another significant injury blow, Ozil has showed signs of improvement and being comfortable with the physical battle in the Premier League.

In fairness to Di Maria, however, off-field incidents have clearly affected him and his family enduring the ordeal of having robbers attempt to invade his home while the Argentine was present.

Louis van Gaal has pleaded with fans and media alike for patience, citing that the first season in English football is difficult for any player, including other signings brought in over the summer by United.

If the case boils down to getting to grips with rigours of the Premier League, then we can expect a swift return to top from for Di Maria. Having said that, any failure to settle in the country may mean a future at Man United is neigh on impossible.

Nevertheless, it seems as though Ozil was not given that time, while Di Maria is enjoying the luxury of minimal press criticism.