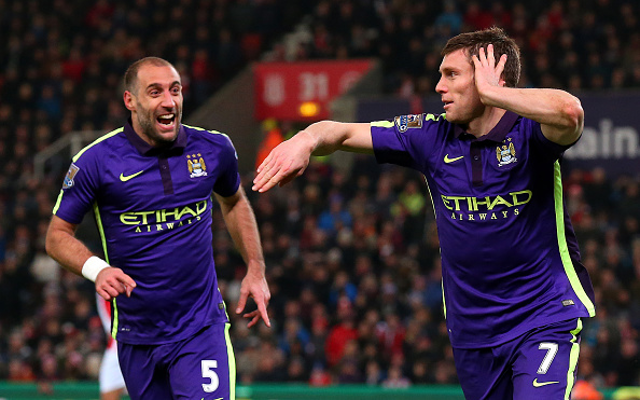 Contract rebel could find agreement with Reds as soon as possible…

Liverpool are said to be winning the race to sign Manchester City midfielder James Milner, who is out of contract at the end of the season.

City have attempted to offer the England international a new deal but a report by Spanish news source Fichajes.net says Liverpool have increased their efforts and contact with the player to attempt to find an agreement as soon as possible.

And with good reason, both AC Milan and Everton are also in the chase for the 29-year-old and could provide competition for his signature.

However, it will surely come down to who offers the best terms with Milner’s contract coming to and end in the summer.

Liverpool, says the report, see Milner as an ideal replacement for Steven Gerrard who will exit the club this summer for MLS side LA Galaxy.

Milner has had to be content with a bit-part role this season for City and whilst he’s made 30 appearances so far this season, just over half of them have been starts.

If he were to replace the talismanic Gerrard at Anfield, he could likely expect more football on a weekly basis.