Which Old Trafford star is worth the most?

Manchester United have had a varied season under manager Louis van Gaal with the Red Devils currently sitting fourth in the table, two points ahead of Liverpool in fifth, but have at times looked unconvincing despite definite improvements compared to David Moyes’ season in charge.

According to website transfermarkt.co.uk, here are Manchester United’s 10 most valuable players this season:

Argentina international Marcos Rojo joined this summer for a fee of £16 million, with Manchester United desperately needing to bring a centre back in to challenge for the first team. Rojo has looked good in fits and starts but still shows naivety in his game with basic defensive errors. 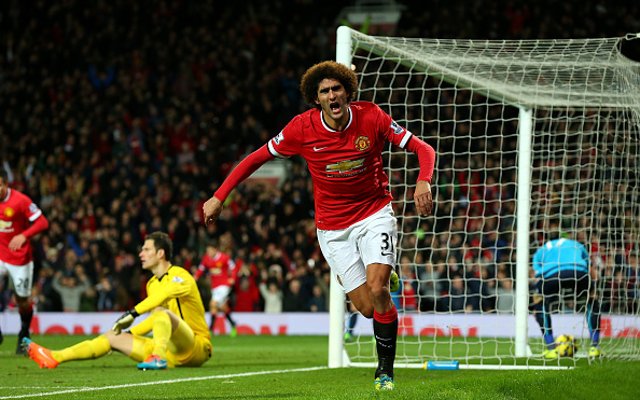 Followed Manchester United’s previous manager David Moyes from Everton for £27.5 million and came under intense pressure last season for some poor performances in an extremely poor Red Devils side. The Belgian has improved this year, finding a role where he fits into the team under van Gaal, though he has still seen almost £13.5 million wiped off his value.