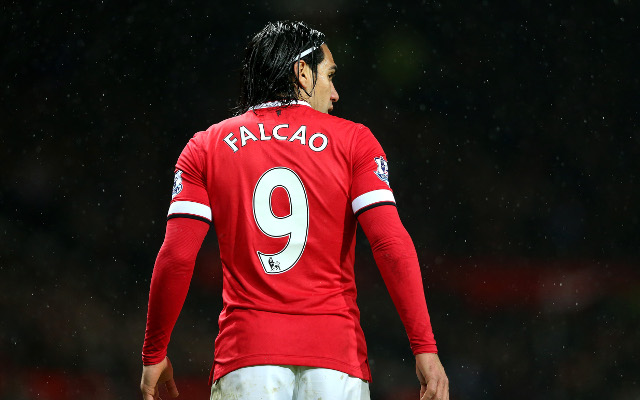 The Premier League giants are not interested in a permanent deal.

Manchester United, in what will be unsurprising news for Premier League fans, will not take up the option of buying striker Radamel Falcao on a permanent deal from AS Monaco, according to L’Equipe.

Falcao arrived at Old Trafford in September – in what was one of the blockbuster Premier League signings of the summer transfer window – but the Colombian has failed miserable to live up to his world-class reputation.

Whether his form is as a result of struggling to return to form following a serious knee injury, which ruled him out of the 2014 World Cup in Brazil, or his difficulty in adapting to the Premier League, the former Atletico Madrid star has not impressed.

Given the 29-year-old is on a staggering £265,000 per-week – a higher wage than Red Devils captain Wayne Rooney – combined with the £6m loan fee paid to Monaco, it comes as no surprise that Man United have opted not to have the forward on their books past this season.

Four Premier League goals and four assists so far, since his arrival, doesn’t appear enough for boss Louis van Gaal to retain his services, as it stands. Although with a Champions League spot under threat, there is no better time for the striker to hit a run of form – and perhaps sway a few heads at Old Trafford.