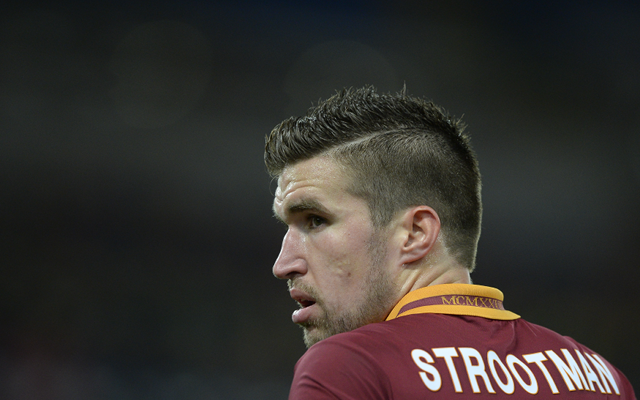 The Netherlands international has been suffering with a recurring ankle injury…

Roma midfielder and Manchester United transfer target has hit back at claims he will never step on a football field again with a Twitter outburst.

The Dutch midfielder had been having a tough time with a recurring ankle injury, leading to Roma’s former team doctor admitting doubts to whether he had a future in football, a blow to Louis van Gaal and Manchester United fans.

Strootman, however, quashed these rumours and made it clear he is looking forward to getting himself fit in time for pre-season, though it is unclear at which club.

Contrary to reports in the media I am back in training and working hard on my comeback. Please don’t believe…1/3 pic.twitter.com/pvPrLw6u4z

…people who have never seen me in their lives, but just follow the social pages of me and AS Roma where we will keep you updated…2/3 — Kevin Strootman (@Kevin_strootman) March 3, 2015

…on my progress. Just for the record, I’m right on schedule to be back when preseason starts. 3/3