The German’s career has hit a brick wall.

Arsenal’s Lukas Podolski, who is on loan with Italian giants Inter Milan until the end of the 2014/15 campaign, has seen his career plummet since arriving at the Emirates – and his time in Serie A has certainly been no better, with the forward being voted one of the worst signing of the winter market.

The Germany international made the move, in January, in the hope of reigniting his football – yet a poll carried out by Gazzetta dello Sport has hit home with some harsh truths to the 29-year-old.

Podolski has been voted as the second worst winter signings in Serie A – while fellow January acquisitions Xherdan Shaqiri, also joining Inter from Bayern Munich, and Mohamed Salah, teaming up with Fiorentina on loan from Chelsea, are so far impressing in Italy.

Here are the votes for the biggest flops, with the former FC Köln star grabbing 35.4% of the votes, behind the disappointing Alessio Cerci of AC Mila, on loan from Atletico Madrid: 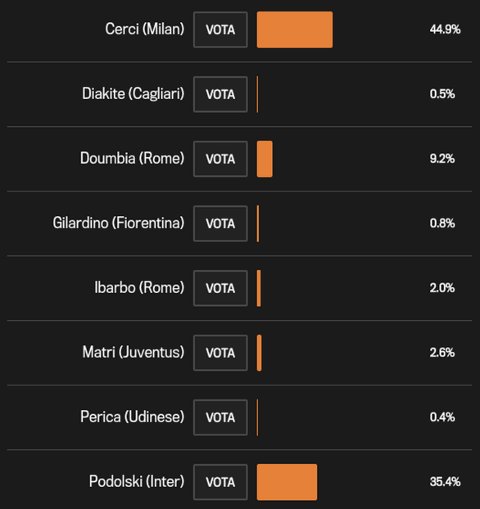 Internazionale boss Roberto Mancini has the option of buying Podolski on a permanent deal – although as the stats show, the powerful left-footer is likely to return to North London.