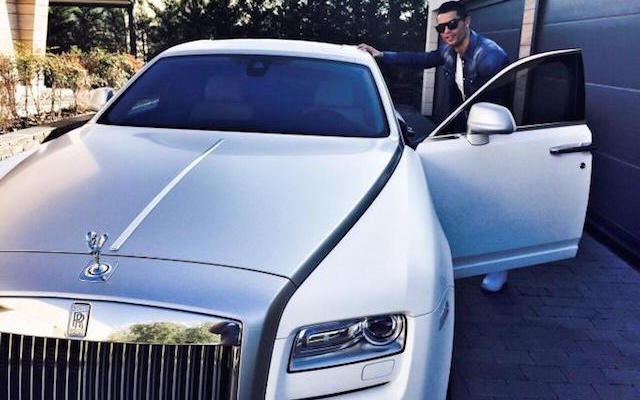 He earns so much he could buy one every week of the year, depressingly…

Cristiano Ronaldo certainly went for the inconspicuous option when travelling to Real Madrid training this morning.

It was definitely a ‘Good Morning!’ for the three-time Ballon d’Or winner as he posted a snap of his luxurious white Rolls-Royce Ghost.

The vehicle boats an impressive 6.6 litre, v12 engine allowing it to reach a top speed of 155 miles-per-hour and 0-60 in less than five seconds.

It will have cost Ronaldo a tidy £250,000 but taken that he earns more than that in just a week, it would be perhaps be more impressive if he had a fleet of vehicles, rather than just the one.

See a video of the Portuguese driving his beautiful motor to work and the picture he posted this morning: