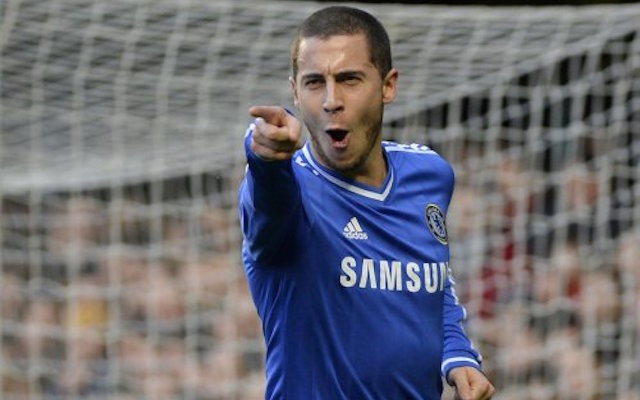 You can see the main talking points in the clips below, but can the Blues continue to lead their rivals at the top if they continue to play so averagely…?

A win is a win, Jose Mourinho will tell you…

Min 3: Winston Reid goes down with no one anywhere near him. How did a blow would it be for West Ham’s Europa League ambitions if he’s injured?

Min 15: Sakho can’t reach the ball to poke West Ham ahead, should he be more alert?

Min 22: GOAL. Chelsea lead through Hazard. Are the Blues certain to win the title?

Min 30: Sakho misses again. Is that going to be West Ham’s best chance?

Min 51: Is Courtois the best ‘keeper in the league? With saves like this it’s hard to say he isn’t.

Min 59: Sakho denied by Courtois AGAIN! Should their West Ham danger-man have had a hat-trick?