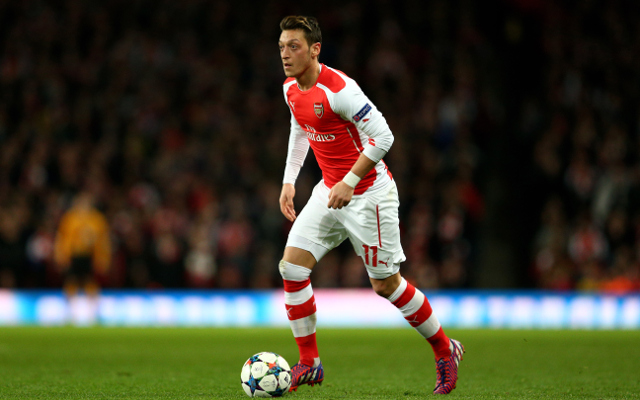 The club’s record signing has developed an unfair reputation recently.

Arsenal’s record buy Mesut Ozil has received plenty of criticism since his form started to decline, not long after signing for the Gunners at the beginning of last season, but the statistics would suggest that the main complaint levelled at the German’s feet is inaccurate, according to the Telegraph.

In recent weeks, and especially when things have gone badly at the Emirates, fans and pundits alike seem keen to point out how Ozil walks around the pitch, or occasionally breaks into a half-hearted jog, but the former Real Madrid man has actually covered more ground since the start of February than any other player in Arsene Wenger’s side.

In the Premier League, since Arsenal’s 5-0 drubbing of Aston Villa, Ozil has covered 63.24km, and while it is less than a kilometre more than Santi Cazorla, and two and a half kilometres more than Francis Coquelin, he is nearly 10km ahead of the fourth highest, right-back Hector Bellerin.

The main brunt of the criticism seemed to be saved for the shock defeat at home to Monaco in the Champions League, where if you only watched the post-game analysis, you would have thought Ozil’s effort was lacklustre at best, but the 26-year-old still covered more distance than any other Arsenal player on the night, and he repeated the feat in their next game against Everton.

So perhaps everyone has got Mesut Ozil wrong?