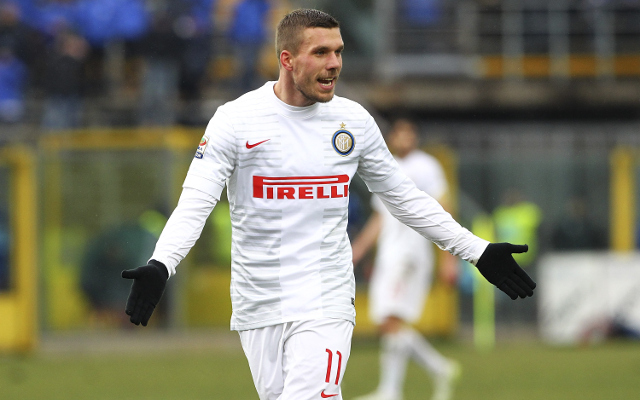 Loaned out Arsenal star Lukas Podolski has vowed to prove his critics wrong as he continues to struggle on loan at Inter Milan, reports the Daily Star.

The German left the Emirates in January in a temporary deal with the Serie A side, but has failed to score in his nine appearances so far. This comes after a long period at the Gunners in which he struggled to get in to the team. However, the World Cup winner still believes that he can turn it around.

Podolski said: “I have no problems when the media and other people criticise me. I know how it works. What’s important is knowing where you need to improve. The first part of the season [at Arsenal] was very difficult, I couldn’t find any rhythm. My performances so far [for Inter] have been positive, all that’s missing is a goal, and I hope that will come soon.”

The 29-year-old will return to the Emirates in the summer if the Italians decide against signing him, but it looks unlikely that he will get in to the side due to the success of summer signing Alexis Sanchez. At the same time, it is unknown if any clubs will be willing to take the forward away from the North London club.