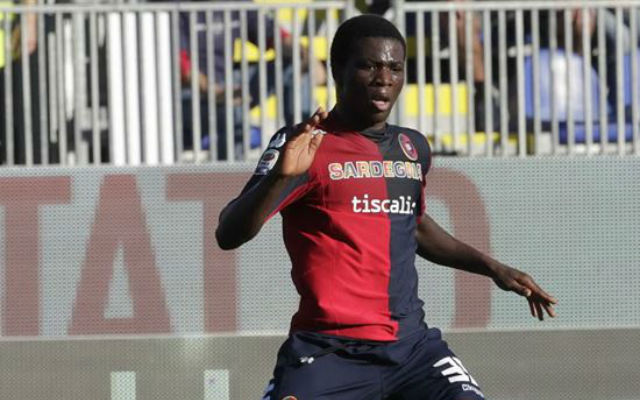 Serie A star holds a candle for the Blues.

Cagliari star and recent Arsenal target Godfred Donsah may have thrown a spanner into Arsene Wenger’s transfer plans be revealing himself to be a long time Chelsea fan, the Daily Express reports.

The Ghanaian youngster has been in fine form for Cagliari this season, and his performances have brought him to the attention of a number of Premier League sides.

Arsenal, along with Manchester City and Tottenham, have sent scouts out to Italy to check on his progress, but he may have his eye on a move to another English club entirely.

Donsah has admitted that he is a Chelsea fan, and highlighted compatriot Michael Essien as his favourite player saying: “My mother would give me money every now and then, about €2, to see the games at a local bar.

“That’s how I started supporting Chelsea and my idol Michael Essien. I have his jersey.”