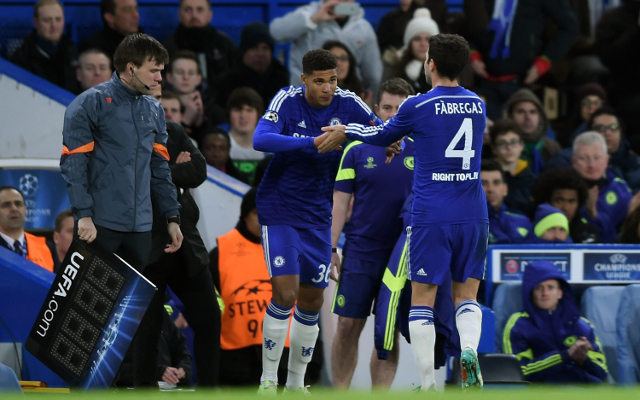 But don’t expect Jose Mourinho to be using the starlet anytime soon.

Chelsea manager Jose Mourinho believes that academy graduate Ruben Loftus-Cheek is already good enough to play for the first team, but doesn’t want to use him regularly until next season, reports the Daily Mail.

The 19-year-old midfielder has made two substitute appearances for the Blues – against Sporting Lisbon in the Champions League, and Manchester City in the league – but Mourinho feels he has seen enough to know how good Loftus-Cheek could be.

“I had Ruben Loftus-Cheek on the bench and I have to say that, in my opinion, next year, this kid will be a big surprise in the Premier League,” Mourinho said.

Despite the praise, the Portuguese manager believes that using him more extensively at this point in Chelsea’s season, as they sit five points clear in the Premier League – following last night’s 1-0 victory over West Ham – and have a crucial Champions League second leg with Paris Saint-Germain on the horizon, could prove to be detrimental to the youngster’s development.

The cautious approach taken with Loftus-Cheek may not stave off interest from other clubs though, as both Manchester sides, as well as Spanish giants Real Madrid and Barcelona, continue to be impressed with the midfielder.